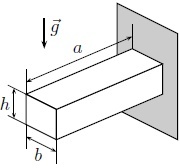 A HISTORY OF PI

[1]    The history of Pi, says the author, though a small part of the history of mathematics, is nevertheless a mirror of

the history of man. Petr Beckmann holds up this mirror, giving the background of the times when Pi made progress —

and also when it did not, because science was being stifled by militarism or religious fanaticism. The mathematical

level of this book is flexible, and there is plenty for readers of all ages and interests.

Petr Beckmann was born in Prague, Czechoslovakia, in 1924. Until 1963, he worked as a research scientist for

the Czechoslovak Academy of Sciences, when he was invited as a Visiting Professor to the University of Colorado,

[10] where he decided to stay permanently as professor of electrical engineering.

Dr. Beckmann has authored 11 books and more than 50 scientific papers, mostly on probability theory and

electromagnetic wave propagation. History is one of his side interests; another is linguistics (he is fluent in five

grammatical sentences from a dictionary of less than 100 unprocessed words).

which he promotes the viewpoint that clean energy can be made plentiful, but that access to it is blocked by