An increasing body of evidence suggests that the time we spend on our smartphones is interfering with our sleep, self-esteem, relationships, memory, attention spans, creativity, productivity and problem-solving and decision-making skills. But there is another reason for us to rethink our relationships with our devices. By chronically raising levels of cortisol, the body’s main stress hormone, our phones may be threatening our health and shortening our lives.
If they happened only occasionally, phone-induced cortisol spikes might not matter. But the average American spends four hours a day staring at their smartphone and keeps it within arm’s reach nearly all the time, according to a tracking app called Moment.
“Your cortisol levels are elevated when your phone is in sight or nearby, or when you hear it or even think you hear it,” says David Greenfield, professor of clinical psychiatry at the University of Connecticut School of Medicine and founder of the Center for Internet and Technology Addiction. “It’s a stress response, and it feels unpleasant, and the body’s natural response is to want to check the phone to make the stress go away.”
But while doing so might soothe you for a second, it probably will make things worse in the long run. Any time you check your phone, you’re likely to find something else stressful waiting for you, leading to another spike in cortisol and another craving to check your phone to make your anxiety go away. This cycle, when continuously reinforced, leads to chronically elevated cortisol levels. And chronically elevated cortisol levels have been tied to an increased risk of serious health problems, including depression, obesity, metabolic syndrome, Type 2 diabetes, fertility issues, high blood pressure, heart attack, dementia and stroke.

No trecho do último parágrafo “while doing so might soothe you for a second”, o termo sublinhado equivale, em português, a 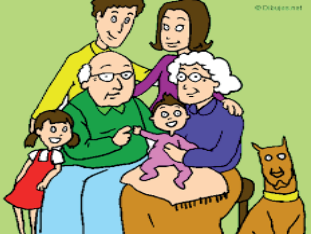 'I'm 30 and live at home with my parents'.
Reasons for staying at home range from the culturally acceptable to the financial.

"I have lived my whole life in Calgary, an oil and gas-based city. I saw an abundance of oil and gas jobs in the industry growing up, and becoming a petroleum geologist seemed like a natural course to take.

"I was thrilled when I got my first permanent job at a small oil company, and later I had saved enough money for a down payment on a small townhouse.

"But in July 2016 the company I worked for declared bankruptcy as the price of oil fell. I received no severance but I was able to sell my townhouse (at a loss) right before the company went under.

"My parents and I have always had a good relationship and they were gracious enough to let me move back in with them. They recognize and understand the issues young Canadians encounter.

"A lot of my friends are in the same position and understand the situation I am in. If anything, it's me who is putting pressure on myself to leave home.

"There is still considerable volatility in my employment and in the Canadian oil and gas industry. I am not confident in moving forward and purchasing or renting a new place.

"I would now consider myself in a place of 'precarious employment'. I have no employment insurance, no health or dental coverage. I am not alone in my career uncertainty. I feel I have done everything right, but I still feel anxiety towards the future of my career.

"Right now, 'leaving the nest' is just not a financially wise decision."

In the third paragraph, "bankruptcy", "severance" and "at a loss", in the respective order, mean

Mobile milestones: how your phone

became an essential part of your life 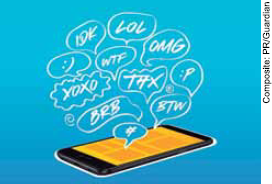 Has any device changed our lives as much, and as quickly, as the mobile phone? There are people today for whom the world of address books, street atlases and phone boxes seems very far away, lost in the mists of time. Following, there are just some of the big milestones from the past 30 years that have made almost everything we do easier, more public and very, very fast.

Few people got the chance to use the very early mobile phones. The first call was made in New York in 1973, but handsets with a network to use were not available until 1983 in the US, and 1985 in the UK. That first British mobile phone was essentially a heavy briefcase with a receiver attached by a wire. It cost £2,000 (£5,000 in today’s prices), and gave you half an hour’s chat on an overnight charge. Making a call was not something you could do subtly, but that wasn’t the point; the first handsets were there to be seen. They sent a message that you were bold and confident with new technology, that you were busy and important enough to need a mobile phone, and were rich enough to buy one.

The first mobiles worked with analogue signals and could only make phone calls, but the digital ones that followed in the early 1990s could send SMS messages as well. After the first message was sent on 3 December 1992, texting took off like a rocket, even though it was still a pretty cumbersome procedure. Handsets with predictive text would make things easier, but in the 1990s you could save a lot of time by removing all excess letters from a message, often the vowels, and so txtspk ws brn. Today the average mobile phone sends more than 100 texts per month.

• Phones turn us all into photographers...

There seemed to be no good reason for the first camera phones, which began to appear in 2002, with resolutions of about 0.3 megapixels. They took grainy, blurry pictures on postage stamp-sized screens, and even these filled the phone’s memory in no time. Gradually, though, as the quality improved, the uses followed. As well as the usual photos of friends and family, they were handy for “saving” pieces of paper, and in pubs you could take a picture of the specials board and take it back to your table. Modern camera phones have changed beyond recognition in the past 20 years. The new mobile phones boast the highest resolution dual camera on a smartphone: a 16-megapixel camera and a 20-megapixel camera side-by-side. The dual camera allows users to focus on their subjects, while blurring out the background, producing professional-looking portraits.

• …and we turn ourselves into celebrities

Twenty years ago people would have thought you a little strange if you took flattering photos of yourself and your lifestyle and then distributed them to your friends – let alone to members of the public. If you used printed photographs rather than a smartphone app, they would still think so today. Yet sharing our lives on social media is now the norm, not the exception – and it was the camera phone that made it all possible. Now, some phones come with an enormous 64GB of memory, so you can capture, share and store an almost countless number of videos and pictures – well, certainly enough to keep up with the Kardashians.

No trecho do quarto parágrafo “The dual camera allows users to focus on their subjects, while blurring out the background”, o termo em destaque indica ideia de

In the midst of significant global changes such as generational turnover, talent shortage and advancing technology, Greg Parkes, Executive General Manager at Autopia, shares the organisation’s journey towards a more diverse and inclusive workplace.

There are thousands of articles discussing the importance of diversity, while study after study proves the economic benefits of a diverse workforce to an organisation. As a result, over the last decade, the corporate world has focused more on diversity, celebrating our differences in gender, cultural background, ways of thinking and more.

The journey towards diversity

Through Autopia’s Diversity and Inclusion thought leadership program, we have had the privilege of sharing experiences with corporate leaders from around Australia, and partnered with pivotal organisations, including UN Women National Committee of Australia and Juggle Strategies, a workplace flexibility consultancy firm. Through these partnerships, we have developed a series of White Papers for business, exploring gender and cultural diversity, as well as workplace flexibility, and best practices for promoting and implementing effective diversity and inclusion programs within a business. With the objective of generating discussion around these issues, these White Papers also aim to provide guidance for companies on their own journey of change. Along the way, and thanks to insights from our expert partners, we have learned that it is not enough to achieve a statistically diverse workforce; true inclusion comes when there is a cultural shift within the organisation. As Vernā Myers, Author and Diversity Advocate once said, “Diversity is being invited to the party; inclusion is being asked to dance.”

Susan Calvin had been born in the year 1982, they said, which made her seventy five now. Everyone knew that. Appropriately enough, U. S. Robot and Mechanical Men, Inc. was seventy-five also, since it had been in the year of Dr. Calvin’s birth that Lawrence Robertson had first taken out incorporation papers for what eventually became the strangest industrial giant in man’s history. Well, everyone knew that, too. (…)

She went back to her desk and sat down. She didn’t need expression on her face to look sad, somehow.

“How old are you?” she wanted to know.

“Then you don’t remember a world without robots.

There was a time when humanity faced the universe alone and without a friend. Now he has creatures to help him; stronger creatures than himself, more faithful, more useful, and absolutely devoted to him. Mankind is no longer alone. Have you ever thought of it that way?”

“You may. To you, a robot is a robot. Gears and metal; electricity and positrons. Mind and iron! Human-made! If necessary, human-destroyed! But you haven’t worked with them, so you don’t know them. They’re a cleaner, better breed than we are.”

O termo may em May I quote you? expressa a ideia de

Military police have shot pepper spray at demonstrators who broke down barrier fences outside a meeting in Rio de Janeiro where legislators were considering austerity measures to cope with a deepening financial crisis that has kept thousands of public workers from being paid. […]