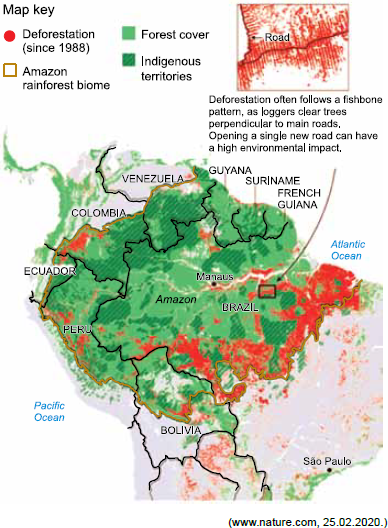 In the excerpt “Deforestation often follows a fishbone pattern”, the underlined word expresses 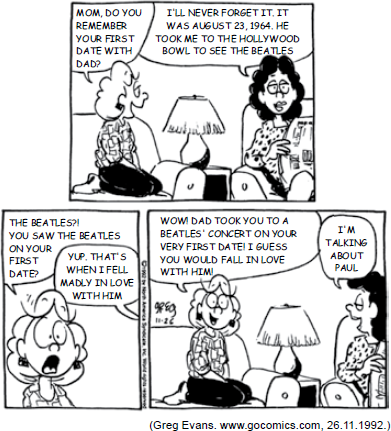 Which word best completes the question below?

The average user now picks up their device more than 1,500 times a week.

Read the text to answer the question.

The cost of a cigarette

A businesswoman’s desperate need for a cigarette on an 8-hour flight from American Airlines ________ in her being arrested and handcuffed, after she was found lighting up in the toilet of a Boeing 747, not once but twice. She ___________ because she _______ violent when the plane landed in England, where the police subsequently arrested and handcuffed her. Joan Norrish, aged 33, yesterday ________ the first person to be prosecuted under new laws for smoking on board a plane, when she was fined £440 at Uxbridge magistrates’ court.

Adapted from Innovations , by Hugh Dellar and Darryl Hocking.

The words “violent” and “subsequently”, underlined in the text, are:

Is owning a dog good for your health?

Dogs really are our best friends, according to a Swedish study that says canine ownership could reduce heart disease. A study of 3.4 million people between the ages of 40 and 80 found that having a dog was associated with a 23% reduction in death from heart disease and a 20% lower risk of dying from any cause over the 12 years of the study.

Previous studies have suggested dogs relieve social isolation and depression – both linked to an increased risk of heart disease and early death. Dog owners show better responses to stress, their blood pressure and pulse rates don’t soar, have higher levels of physical activity and slightly lower cholesterol levels. The American Heart Association was sufficiently swayed by a review of dozens of studies to release a statement in 2013 saying that owning a dog “was probably” associated with a reduced risk of heart disease. Their reluctance to more strongly endorse dog ownership is because most studies are what is called observational – researchers note an association, but can’t prove causation. This means that other factors might explain why dog owners are healthier than, say, goldfish owners – for example, perhaps only people who are fit in the first place buy pets that need daily walks.

Tove Fall, an epidemiologist and the lead author of this latest study, says they tried their best to allow for any differences in education, existing ill-health and lifestyles between those with and without dogs. The study found the biggest positive impact of having a dog was on people living alone. “It seems that a dog can be a substitute for living with other people in terms of reducing the risk of dying,” says Fall. “Dogs encourage you to walk, they provide social support and they make life more meaningful. If you have a dog, you interact more with other people. If you do get ill and go into hospital and you have a dog, there’s a huge motivation to try to get back home.” Of course, getting a dog and watching it from your sofa while you eat fatty food is not going to reduce your risk of heart disease.

In the excerpt from the second paragraph “other factors might explain”, the underlined word expresses

Read the text below. Fill in the blanks with the right conjunctions.

In today's world, (I) _________ just about everything is more convenient and accessible due to advances in technology across almost all sectors, it may seem (II)_________ it's a misnomer to even mention any disadvantages of technological advances. (III) __________, despite how far technology has taken humans and no matter (IV) ______ convenient it may make things, there are some disadvantages accompanying this level of access.

Technology advances show people a more efficient way to do things, and these processes get results. For example, education has been greatly advanced by the technological advances of computers. Students are able to learn on a global scale without ever leaving their classrooms. Agricultural processes (V)_______ once required dozens upon dozens of human workers can now be automated, thanks to advances in technology, which means cost-efficiency for farmers. Medical discoveries occur at a much more rapid rate, thanks to machines and computers that aid in the research process and allow for more intense educational research into medical matters.

Cost efficiency is an advantage in some ways and a disadvantage in others. (VI) _______ technology improves on existing processes and showcases new ways to accomplish tasks, machines are able to produce the same -- if not more -- output (VII) _______ humans in certain industries. This results in cost savings for business owners, allowing them to invest in growth in other areas of the business, (VIII) _________ contributes on a positive level to the economy as a whole.